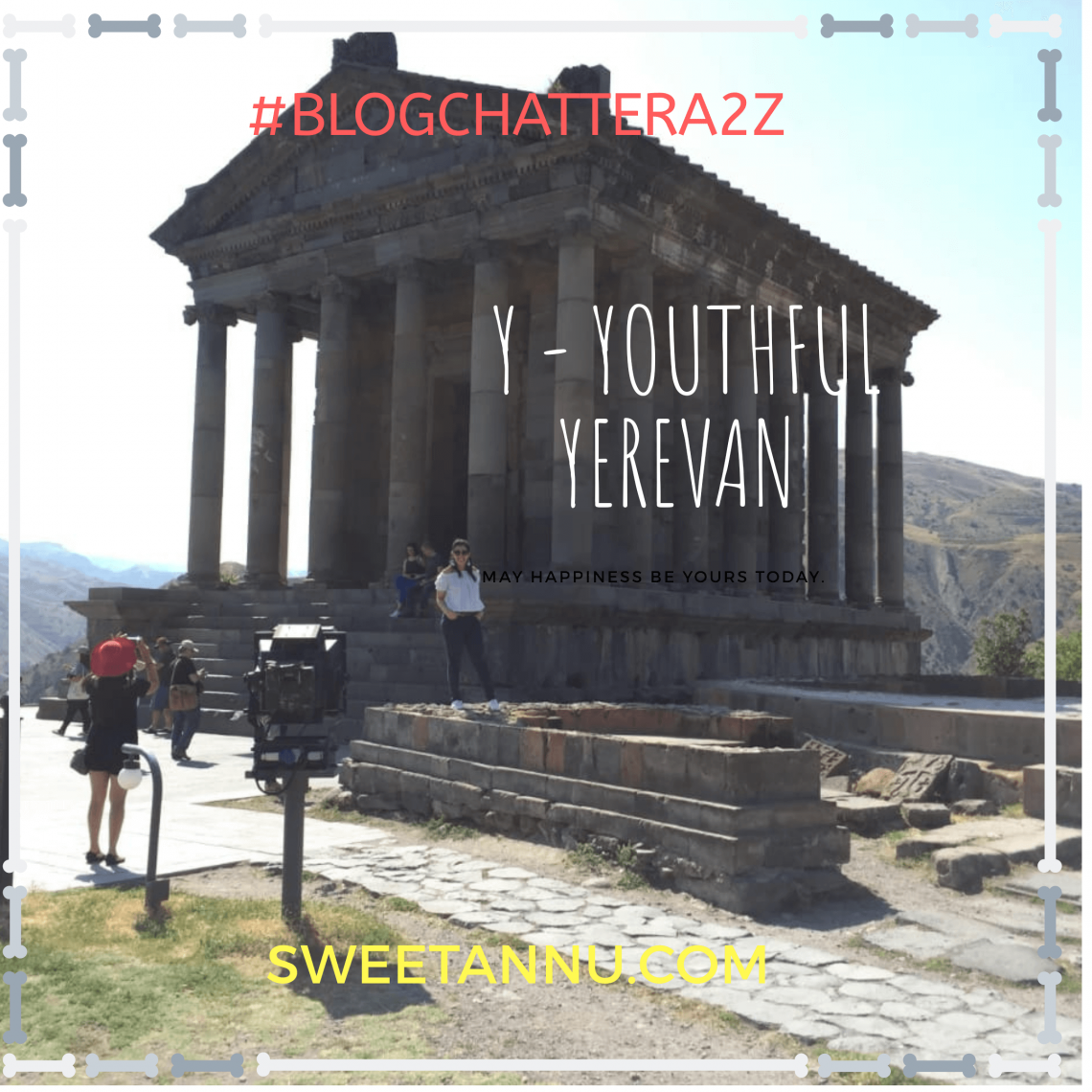 Yerevan is the capital of the Republic of Armenia and also one of the most ancient cities of the world. Why is Yerevan Armenia Youthful according to me? Because it’s a new destination on the Indian Travelers 2019 bucket list and gaining steady popularity. It is attracting more and more tourists and strengthening its positions on the map of best tourist destinations in Europe.

The country offers tourists more than ancient monuments and churches. Due to rich historical and cultural heritage, Yerevan Armenia does prove that religion plays an important role here. 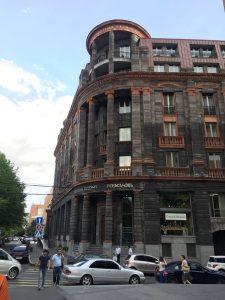 Armenia is a tiny, landlocked country, south of Russia having Georgia, Turkey, and Azerbaijan as neighbors. In fact, it is so small that you could be driving around in the capital city of Yerevan, looking at the snow-capped peak of Mount Ararat which lies in the Turkish countryside. The country of Armenia received it’s independence from Russia in the year 1991, after the dissolution of the Soviet Union. Therefore, the Russian influence is immense in all walks of life, right from the language to their food and culture, and most importantly in their love for all things alcoholic.

How to get to Yerevan Armenia?

Armenia is slowly evolving as the easiest country for Indian nationals to visit in Europe. And Yerevan Tourism is gaining popularity. You can get a visa on arrival or an e-visa beforehand. Yerevan, Armenia issues visas valid for 21 or 120 days, extendable by another 60 days. If you are visiting Yerevan for the first time this will definitely interest you. 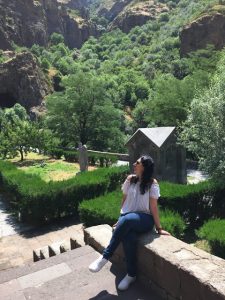 In the year 2018, my daughter Branded Bawi had the opportunity to visit Yerevan Armenia. It was an official trip to Yerevan Armenia. Their main base was Yerevan, and they did some amazing sightseeing and had really delightful experiences. Check out her detailed blog post.

Best places to see in and around Yerevan Armenia

The best part about visiting this city is that most of Armenia’s famous sightseeing places are just a trip away. It’s the perfect place to stay and then maneuver around to explore. 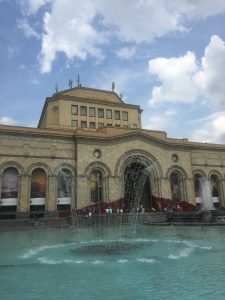 Republic Square is situated in the center of the city. It is surrounded by 7 major buildings and intersected by various streets.  Republic Square is a popular tourist destination.  The square plan was designed by Yerevan chief architect Alexander Tamanyan in the early ’20s. The square covers 14,000 square meters and frequently hosts concerts You can spend an entire morning or afternoon here, and visit the History Museum and the National Gallery.

Lake Sevan is one of the largest mountainous freshwater lakes of Eurasia. It’s just like a picture postcard with clean still turquoise water playing with wind and mountains.  Its blue color is sure to mesmerize you, as will the city of Sevan where it is located. You should relax by the banks while spending some quality time. And one can enjoy cruising on a yacht and taking in its scenic beauty. In the same vicinity of Sevan lake, you will find old monasteries that are gorgeous. 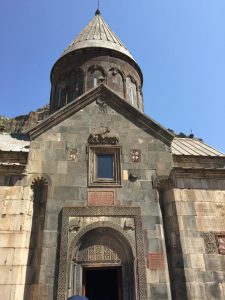 Just outside of Yerevan, you will find Geghard, another old and spectacular monastery, now protected by UNESCO. Geghard is literally carved into the rocks. It is a perfect demonstration of the stunning medieval Armenian architecture. The main chapel in the monastery was built in the 1200s. But the complex was founded in the 4thcentury. If you want to explore the surroundings of Yerevan, this place would be a perfect opportunity for a one-day trip. 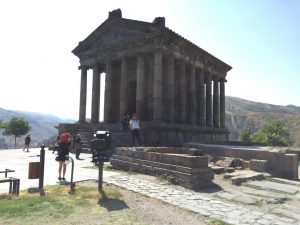 The Garni Temple historically dates back to the 1st century. It was built by the king Tiridates the 1st, dedicating it to the Mihr- The Sun God. It is the only pagan temple preserved in the territory of Armenia and the brightest example of Hellenic architecture in Armenia. It’s a very beautiful, scenic place. It is situated high on a hill overlooking the canyon and the landscape. An absolute must-see if you are traveling to Yerevan Armenia.

The Blue Mosque is a very ancient mosque in Yerevan Armenia that is still surviving. It was built in the 18th century when Armenia was still a part of Persia. That’s why the mosque is built in predominately Persian style. Before the Russian invasion, Yerevan had 10 mosques. However, after Armenia became a part of the Russian Empire the only one that survived was the Blue Mosque. The only reason for this is because it served as the official Museum of Yerevan from 1931 to 1999. 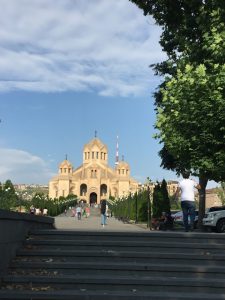 If you were lucky to visit Yerevan in spring or summer, be sure to stroll around the night city. The most important thing is that it is absolutely safe even late at night. The city center bustles with people of all ages. Almost all interesting places like bars, clubs, cafes, restaurants, and pubs are located here.

Nightlife in the capital is quite active. Young people usually spend time in pubs and clubs. All the popular pubs and bars are located along the Pushkin Street. Saryan is another popular street in Yerevan with the best wineries on both sides of the street.

Yerevan is pretty buzzing throughout the day with people rushing to get to work or to get back home. The city takes on a whole different garb at night, less austere, and more colorful. Nightlife is pretty intense during the weekends, and here you’ll find everything from restaurants and discos to strip clubs and casinos. It gives off an extremely modern European vibe and is perfect for those who want the feel of ‘Europe’ without shelling out the sort of funds that a European vacation demands.

This was my Blogpost for letter Y – Youthful Yerevan #BlogChatterA2Z for the A to Z Blogchatter Challenge. Here is Letter X – Xmas In London. 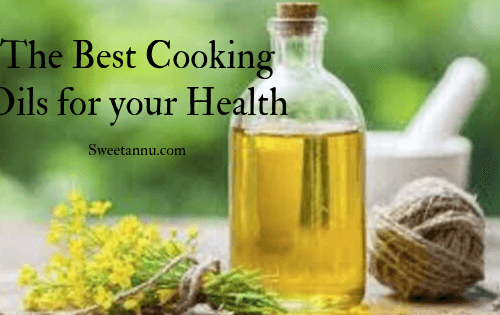 The Best Cooking Oils for your Health 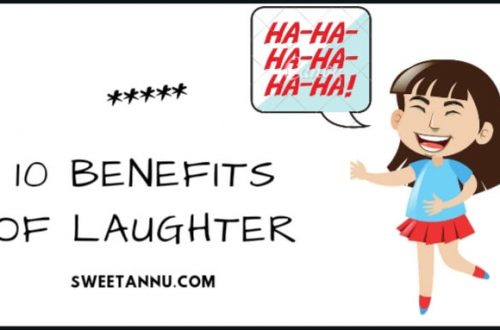 10 Benefits of Laughter – So LOL as much as you want. 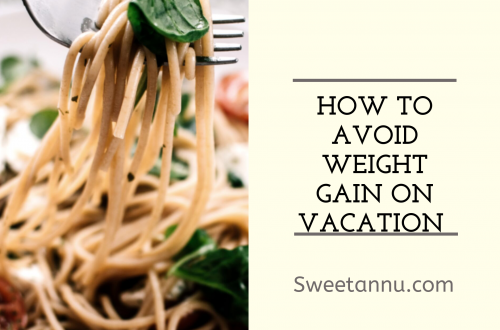 How to avoid weight gain on vacation

A little reminder but plenty of Monday motivation

If you craving baos and dimsums then definitely @b

Let me introduce @luxurasciences to you today. Th

As you know, this year is the beginning of a whole

Happy New Year! Whether you have a long list of re

While the rest of the world is partying and enjoyi

Happiness can be found in the darkest of times, if

Remember, true Christmas spirit is in giving the g


Error: API requests are being delayed for this account. New posts will not be retrieved.